Some critics think so

The crisis in the piano world hit home last week when I realized nobody was interested in buying my Baldwin upright. I can’t even give it away. In fact I would have to pay transport costs to dump it in the knacker’s yard. What a heart-breaking finale for a fine middle-range instrument that has given me 35 years of pleasure.

As in many modern homes, the standard upright or grand takes up too much space, needs costly visits by tuners, and doesn’t even make that much music any more. In the long term the 88-tooth monster looks doomed like the dinosaurs. 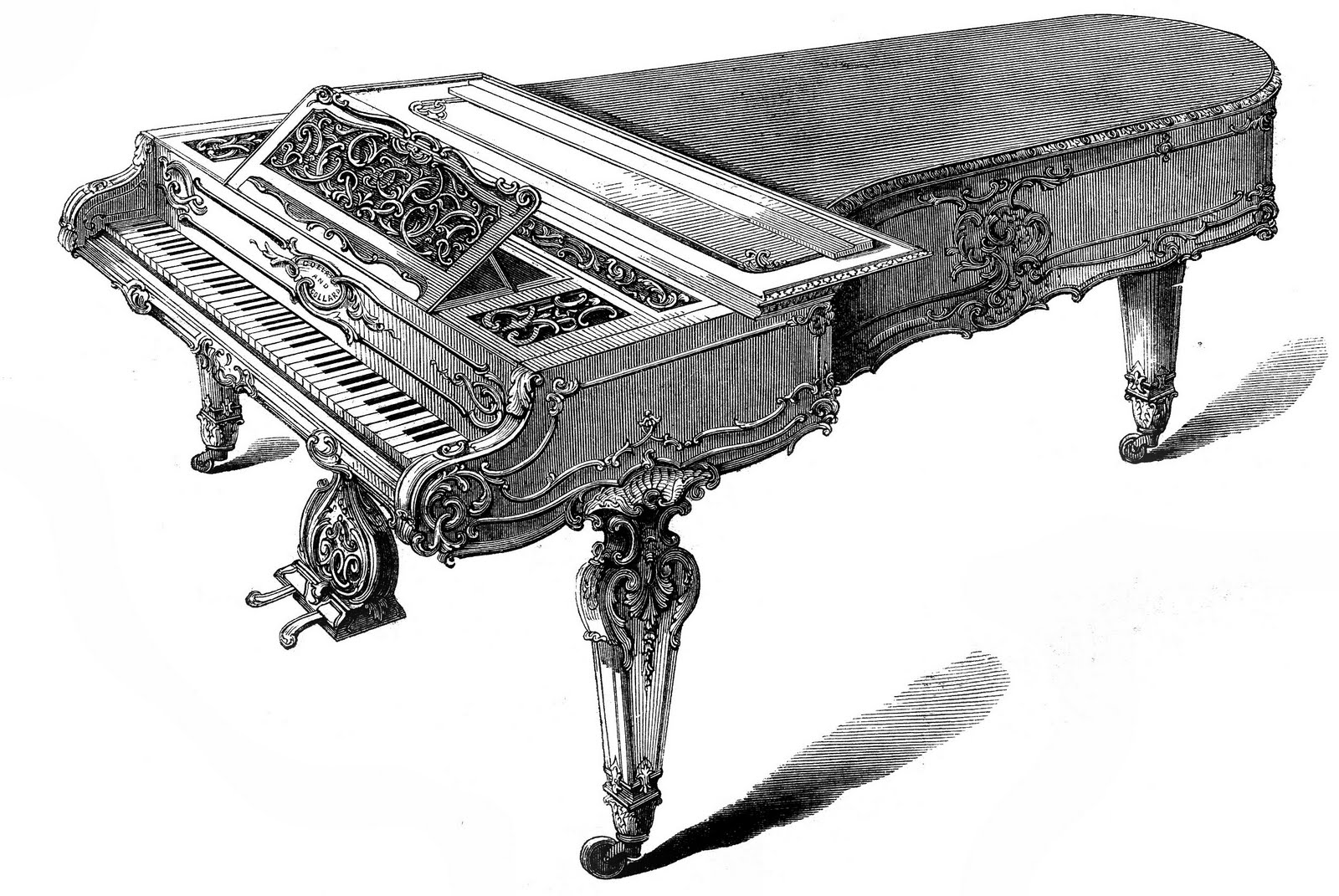 The piano mechanism under the lid is based on a 130-year-old design and many specialists believe it is time to dispense with those delicate moving parts. An Australian piano builder Wayne Stuart told me recently, “The piano has been crying out for a rethink for over a hundred years.”

How will the art of the piano survive? By going electronic or at least hybrid. Here’s an indicator. Try staking out the best hotels on the eve of a concert and you might spot the star pianist checking in with an electronic keyboard slung over his or her shoulder. Is this is the future? It would seem so. With headphones, pianists can run through their programme in their hotel room, limbering up fingers for the real event and not bothering anyone.

I recently gave a talk at Escola Superior de Musica de Catalunya in Barcelona on these trends. I constructed a one-hour presentation complete with videos and slides, warning of impending doom. Everyone in the audience went ooh and ahh except the local Steinway dealer. He approached me afterward, fuming. “We are not going away,” he grinned nervously.

The clunky, heavy, expensive classic piano, critics argue, may eventually end up in a museum, displayed as fine furniture.

Only a few piano makers survive in the United States compared to dozens just a few years ago. Some 80 percent of piano production is now in China, mostly for the Chinese market.

New electronic models storming in from Asia are undercutting the classic piano in price and performance with digital or hybrid keyboards that feel and sound just about right. Young players love them. Yamaha, Casio, Guangzhou Pearl River, Samick, KORG, Kawai and others are competing in this transition period.

Sales projections for electronic keyboards exceed a million units worldwide annually. Steinway, the market leader in high-end acoustics, says it can produce only about 3,000 a year.

Another sign of decline is the destruction of the classic wooden model as a popular sport among college-age boys who enjoy tipping a upright (like my beloved Baldwin) from their dormitory rooftop, capturing it on video as it hits bottom.

Others have derived pleasure out of stuffing the case with explosives and, amid raucous laughter, blowing it to bits or dragging it behind a pickup truck, watching it disintegrate.

Over the years, the Steinway influence has been mixed. Critics such as Stuart refer to the brand as “Stoneway” for its innovation lethargy. The latest new thing, the Spirio, is the best Steinway can come up with. Aggressively marketed at as much as $200,000, it seems to be a toy for the very rich, delivering recordings of leading pianists to run on an electric player piano in private homes. Will a hologram of the player be the next step? The technology is there. But who wants Lang Lang in their living room?

Upmarket brands struggle to maintain smaller share of the market in Steinway’s shadow. Each has its personality, measurable in tiny increments. Boesendorfer, Bechstein, Fazioli, Grotrian, Sauter, Shigeru Kawai, Steingraeber and Yamaha all claim to be the world’s best. In my mind, the American aphorism applies: “Even if you are on the right track, you will still get run over if you just sit there.”

This is not to say the world has fallen totally out of love with the classic piano, whatever its drawbacks. No instrument quite manages to produce such a range of sound, loud or soft, to convey the beauty of our great music. Leading players help keep seats filled in concert halls by staging dramatic performances in short skirts, low tops, high heels, and – for the men – eye makeup and acrobatic writhing, hair flicks and in Lang Lang’s case, the occasional wink at the audience.

We are lucky to be alive as the piano undergoes this metamorphosis. It will be an unsettling, disturbing period, just as Christofori, Erard and Heinrich Steinway dared to rethink the instrument in the 18th and 19th centuries.

Michael Johnson is a music critic and writer with a particular interest in piano.

He has worked as a reporter and editor in New York, Moscow, Paris and London over his journalism career. He covered European technology for Business Week for five years, and served nine years as chief editor of International Management magazine and was chief editor of the French technology weekly 01 Informatique. He also spent four years as Moscow correspondent of The Associated Press. He is a regular contributor to International Piano magazine, and is the author of five books.

Michael Johnson is based in Bordeaux, France. Besides English and French he is also fluent in Russian.

Who or what inspired you to take up the piano, and make it your career?

There was a piano in the house – an old Estey upright. I gravitated to it after my sister’s piano lessons. Like a magnet, I was drawn to the piano.

Who or what were the most important influences on your playing/composing?

In piano playing, my teachers, of course. Aside from Morton Estrin and Adele Marcus, I would have to say Josef Lhevinne, Artur Schnabel, Rachmaninov and of living pianists, Murray Perahia among many others.

The greatest challenge in any career is to maintain a steady flow of employment. Fortunately, with standard repertoire, new concerto projects written for me, plus recordings and teaching, there is a nice flow and momentum to keep evolving as a musician.

Which performances/compositions/recordings are you most proud of?

I would have to say in 1983, performing my debut with orchestra, Prokofiev’s Second Piano Concerto, with the Juilliard Philharmonic in Lincoln Center; same concerto with the National Symphony Orchestra in Washington DC; Prokofiev’s Third Piano Concerto with the Philadelphia Orchestra; and performances of concerti with the following composers in the audience: Keith Emerson, Neil Sedaka, Lowell Liebermann, William Bolcom, Richard Danielpour, Charles Strouse, Marjorie Rusche and Ellen Taaffe Zwilich.

I love playing everything actually. I never know which is best, however.

I normally base the repertoire on new works being premiered and recorded, and the concerti asked for that particular season. next season includes Beethoven’s Choral Fantasy, Saint-Saens Concerto no. 2, Grieg’s Concerto, and Rachmaninov Concerti nos 2 and 3.

Do you have a favourite concert venue to perform in?

I enjoy everywhere I perform – each venue has its own magic.

Too many to list!! In the pop world, David Foster, Keith Emerson, Neil Sedaka (and I can’t get Pink’s song, ‘Just Give Me a Reason’ out of my head – liking it!); pop/classic pianists, Victor Borge and Liberace; classical world – everyone! I always enjoy listening to other pianists and hearing their interpretations of music we all know and love.

If I must narrow it down, it would have to be my New York recital debut on April 14, 1986, in Lincoln Center’s Alice Tully Hall for the Juilliard William Petschek Piano Debut Award–an annual honor given to a pianist. I remember looking out through the backstage to see all of my family, friends and colleagues go to their seats. It was like getting married to the instrument, formally, in New York, in front of everyone I know.

I would suggest creating and maintaining a network of musician friends, and friends in all artistic capacities. You never know when you might collaborate in special projects in performance, audio/video recording etc.

Additionally, I will record Lucas Richman’s “Piano Concerto: In Truth” during the 2014-15 season; orchestra tba; and will learn a new concerto based on the famous rock group, The Monkees, to be composed by Dick Tunney out of Nashville. That will be premiered with Orchestra Kentucky in January 2015, along with Peter Tork’s “Moderato ma non troppo” for piano and orchestra. Kenneth Fuchs will be composing a Piano Concerto for me, which will have its world premiere in 2015-16 with the Springfield Symphony Orchestra in Massachusetts with Kevin Rhodes conducting. For the Dicterow-DeMaine-Biegel trio, I will be learning Suk’s “Elegie”, and Dohnanyi’s “Quintet” for our January debut in Fort Worth, Texas. Also, the world premiere of Jeremy Lubbock’s new composition, “Moods–a duet for Piano and Strings” will take place in February 2015 with the orchestra of Moravian College in Pennsylvania.

A peaceful world, allowing us to travel anywhere, anytime, without religious or political boundaries.

A photo of pianist Josef Lhevinne to his student (and my teacher) Adele Marcus from May 26, 1928 – Adele changed the date to 1938 to make her younger!

My review of Jeffrey Biegel’s CD ‘A Grand Romance’

The #Yaniewicz & Green square #piano in situ at The Georgian House #Edinburgh ready for the opening on 25 June of the exhibition Music & Migration in Georgian Edinburgh: The Story of Felix Yaniewicz
This year’s festival may be over but we’d love to stay in touch with you - join our mailing list & be the first to hear news and updates from us, direct to your inbox. Sign up via the contact page of our website #newsletter #mailinglist #keepintouch #musicfestivals #summermusicfestival #classicalmusic #chambermusic #hertfordshire #visitherts
On Chesil Beach
Big big Thank You to everyone who helped make this year’s festival so enjoyable and successful
Marc-André Hamelin has released a splendid new album of William Bolcom’s piano rags
Very much looking forward to working with @sonorochoir on the 2nd edition of their Choral Inspirations project #choirs #choralmusic #choralworkshops #comeandsing #getsinging #newchoralmusic #inspiration