Fans of Beethoven’s piano music are in for a rich treat with Llŷr Williams’ new 12-disc box set Beethoven Unbound, released on the Signum label to mark the completion of Williams’ Beethoven cycle at Wigmore Hall and the Royal Welsh College of Music and Drama (RWCMD). All the works were recorded live at Wigmore Hall over three years and nine recitals. What is especially rewarding about this set is that it contains not only the 32 Piano Sonatas but also the Diabelli, Eroica and c minor Variations (WoO 80), two sets of Bagatelles Opp 33 and 126, and shorter works such as the Andante Favori and Für Elise. 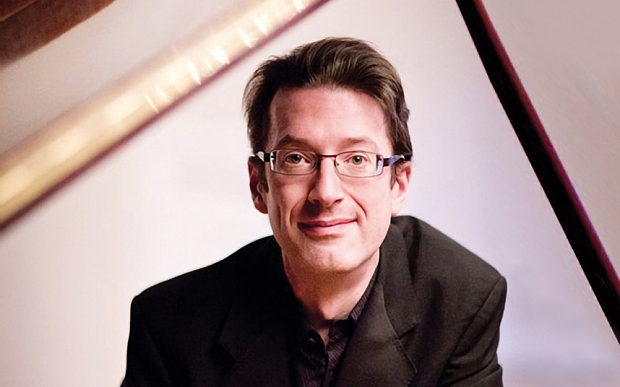 I had the pleasure of hearing Llŷr Williams live for the first time (rather cross with myself for missing his earlier Beethoven concerts at Wigmore Hall!) at a special lunchtime concert to launch the recording. The three works in the programme offered a striking snapshot of Beethoven’s creative life over the course of nearly 20 years, demonstrating the revolutionary forward pull of his artistic vision – a slow movement in an early sonata (Op 10/2) which foreshadowed the spaciousness and lyricism of Schubert – and his debt to the classical tradition (traces of Haydn in finales and the Bagatelles). Williams’ has a rather unique stage presence which some may find off-putting: he makes little witty gestural “asides” to the audience, often at the end of a section or movement, as if to say “well, there you have it!”. I found this rather agreeable: at times it felt as if Williams was communicating directly with me alone and it created a rather charming and sometimes cheeky intimacy: one felt as if one was very much party to the humour. And there was wit and humour aplenty in the F major Sonata Op 10, No. 2 – a first movement of bright contrasts was followed by a slow movement of almost Schubertian intensity, rounded off by a galloping finale. In the rarely-heard Op 33 Bagatelles, Williams revealed Beethoven’s symphonic and ensemble writing in these piano miniatures, with clear voicings (wonderfully bright brass fanfares in the first Bagatelle and deep, resonant ‘cellos in a later one) and orchestral textures, while always alert to the pianistic nature of Beethoven’s writing: Williams’ clarity and attention to detail was impressive, especially his articulation and use of the pedal. The Sonata in E flat, Op 81a, ‘Les Adieux’, had just the right amount of emotion and heartfelt expression without becoming sentimental, and the “reunion” of the finale was memorably joyful.

As Williams’ said at the reception after his concert, while others choose to focus solely on the 32 Piano Sonatas (in itself a monumental undertaking), this recording steps outside of that traditional presentation, and the works on the individual discs in his Beethoven Unbound set are arranged not chronologically but like mini recital programmes, reflecting the way Williams presented the music in concert.