An Introduction to the Piano – Christopher Northam

Amidst all the recordings of virtuoso repertoire comes this delightful collection aimed at amateurs and piano students from pianist Christopher Northam.

Northam takes us on a chronological journey through some 300 years of keyboard music, from Byrd to Debussy, with plenty of gems of the repertoire, as well as lesser-known works by Pachulski and Alkan.

Although described as music “for beginners”, the selection includes some challenging pieces of cGrade 6 to 8 standard, including Beethoven’s much-loved Für Elise, Field’s Nocturne in B flat and Debussy’s Golliwog’s Cakewalk. Admittedly, these are not necessarily “concert pieces”, but they certainly require a fair degree of technical and artistic facility.

We are so used to high-quality recordings of concert repertoire by leading, acclaimed pianists, it is refreshing to have a selection which is clearly aimed at amateur players. The actor and keen amateur pianist Alistair McGowan attempted something similar a few years ago with his Piano Album, though the music selection was almost as unimaginative as his playing, and I am not convinced by McGowan’s assertion that hearing someone like him playing this music will inspire others (I suspect most aspiring pianists find inspiration in high quality performances, whatever the difficulty of the repertoire). By contrast, Northam treats this music with all the authority, care and commitment one would afford virtuoso repertoire, and performs it as if in a concert rather than strictly pedagogical setting.

Remarkably, the recording was made over 20 years ago at St George’s Bristol, which boasts one of the finest acoustics for piano and chamber music in the UK. Northam’s sensitivity and attention to detail in this crystalline acoustic results in a recording which sounds fresh and immediate.

The amateur piano world is huge, and very supportive of professional players, from whom many amateurs not only drawn inspiration but also receive tuition, in private lessons, masterclasses and summer schools. Yet the amateur world is often barely acknowledged; this excellent contribution from Christopher Northam recognises the importance of amateur pianists while offering inspiration in repertoire which is accessible and achievable. If I have one criticism it is that there is not a single piece by a female composer included in this otherwise excellent selection, but I am told by the manager at the recording label that the music selection was based on the then ABRSM syllabus, which, at the time, included no pieces by women composers.

An introduction to the Piano is available on the HOXA label distributed via Naxos. Catalogue no. HS950701 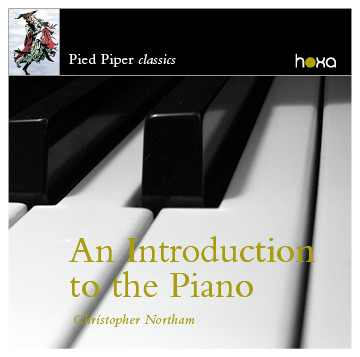 The beautiful chapel at Queenswood School in Hatfield is the setting for a recital by Ben Goldscheider (horn) & Richard Uttley (piano) on 9 June.
The story of #Yaniewicz began with the discovery by his great-great-great-great-granddaughter of a beautiful square piano bearing his name….. Find out more from 25 June in Edinburgh #Musicandmigration #squarepiano #historicinstrument #exhibition #concerts
Who was #felixyaniewicz and why is this Polish-Lithuanian emigré composer, musician and impresario important in the history of Edinburgh’s musical and cultural life?
Composer @mathieukarsenti has followed up his 2021 ‘Piano Skies’ album with ‘Piano Paintings’ - more arresting and evocative, gently minimalistic piano music played by @marieawadismusic #pianomusic #newmusic #contemporaryclassicalmusic #minimalistmusic #newrelease
Above all, this event seemed to perfectly embody Norma Fisher’s belief that “If we can’t share, there is no point in life, and I think that will remain my philosophy until my dying day“. Norma has shared her music and her musical wisdom throughout her life, and this was an occasion where we all shared in the joy of music and music making.
Cellist Guy Johnston has been loaned a magnificent 17th-century Stradivari cello. Come and hear this beautiful instrument live in concert on 11 June when Guy performs Beethoven’s five cello sonatas over 2 concerts with pianist Melvyn Tan #cello #stradivarius #stradivari #Beethoven #concert #hertfordshire #harpenden #visitharpenden #harpendenlife