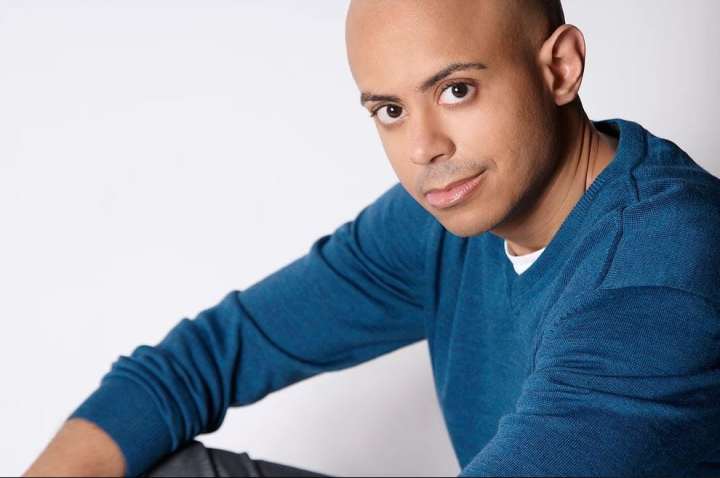 Who or what inspired you to take up piano and pursue a career in music?

Love and happiness inspired me to take up the piano and pursue a career in music. When I was 3, I was a painfully shy kid, but I wanted very much to communicate to people. Every time I heard music, I would open up…It was the language that spoke to me deeply from the very beginning, the first language that I spoke. Playing the piano was my way of opening my heart to people…and pursuing a career in music was my way of opening my heart to the world.

My first concert was seeing Andre Watts perform in Toronto at Roy Thomson Hall…I will always remember every second of that concert because that experience sealed it for me; I told my mother “This is what I want to do”.

The most important influences on my musical life and career have been the support of my friends and family. Their words of encouragement and their unending support inspire me every day.

To me, challenges push me to be better…a better musician, and hopefully a better human being. Every chapter of my life shaped the course of my musical journey, and I am thankful for each challenge life throws my way.

Each performance and recording has been very meaningful to me, from the complete Beethoven sonatas to my latest recording. Each work I have recorded I have lived with almost all my life, and sharing my love of this music to my listeners is a great gift.

I have tried very hard not to be a specialist in one composer or one genre. For me, each composer demands my complete devotion, attention and understanding.

I wish I could say that each season is devoted to a particular repertoire! So far, my concerts are a combination of collaborations with orchestras and chamber musicians, and solo recitals.

My favorite venues are those that not only have amazing acoustics, but designed in a way that is an intimacy between myself and the audience. Two of my favorite halls I have performed in are Koerner Hall in Toronto, the Berlin Philharmonie, and the Gewandhaus in Leipzig.

My favorite musicians are those that broke the mould and brought the listeners with them. One of them is Maurice Ravel!

I can sum it up in a few words: Trust your heart and your gut.

Stewart Goodyear’s new recording of Callaloo, his own suite for piano and orchestra, with Gershwin’s Rhapsody in Blue is released on 7 June on the Orchid Classics label. The recording also marks the 100th disc to be released by Orchid Classics. Stewart premieres Callaloo with Chineke! Orchestra, conducted by Wayne Marshall, on 13 June. More information

“a treasure trove for both amateur and professional pianists.... imaginative, beautifully crafted and unpredictable” The #piano #music of Howard Skempton #composer #contemporarymusic https://crosseyedpianist.com/2020/02/03/the-piano-music-of-howard-skempton/
“I have allowed myself to live life and take the time to learn life from a wide array of experiences, to find where my truth lies and why I even bother being a musician” #MeetTheArtist #interview with #pianist @georgelepauw https://crosseyedpianist.com/2020/02/13/meet-the-artist-george-lepauw-pianist/
My son’s cat Naboo #tabbycat #tabbycatsofinstagram #feline
Tea heaven @fortnums #lapsangsouchong #tea
Good to be back at @southbankcentre for this interesting programme #piano #concert #London
Two great chamber masterworks by #Beethoven & #Messiaen which carry momentous emotional weight: Beethoven’s expansive and noble ’Archduke’ Trio & Messiaen’s profound and moving Quartet for the End of Time The Lisney Trio, a family of distinguished musicians, are joined by acclaimed clarinettist Michael Whight, 9 March, Purcell Room @southbankcentre @emmalisney @joylisney #music #violin #cello #piano #clarinet #SouthbankCentre #concerts #London https://www.southbankcentre.co.uk/whats-on/141268-lisney-piano-trio-and-michael-whight-2020