Concert going is a social as well as a cultural activity and one of the great pleasures is the after-concert discussion with friends – and occasionally strangers who linger in the auditorium or foyer – keen to share their thoughts on what they’ve just heard. Sometimes a performance can be so profound, moving or thought-provoking that an immediate verbal response may be impossible, as we each privately digest and consider what we have just heard. At other times, the words tumble out eagerly as we rush to share our impressions of the event.

Last week I was back in London for a very special concert at Temple Church, part of a series hosted by Temple Music Foundation featuring pianist Julius Drake and friends. Here was Schubert’s heartrending song cycle Winterreise, a work written the year before he died which has been invested with all kinds of meaning and psychobabble by those who believe this painful narrative is an autobiography of sorts. Austrian mezzo-soprano Angelika Kirschlager was singing this great work for the first time – and for me this was the first time I’d heard a female voice in the role of Schubert’s lonely winter traveller (I’ve now heard the work performed by tenor and baritone voices and also in an excellent English translation). Seated at the back of the church, it took awhile to tune one’s ear into the church’s acoustic, but once settled, it was clear to me that this was a performance of exceptional intensity, drama and emotion. I couldn’t see Kirschlager very easily from my seat, but her projection and commitment to the role was clear, her voice at times rough-edged and richly-hued to bring greater meaning and expression to the text and music. 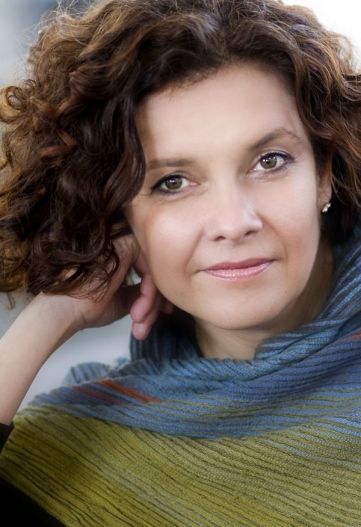 Repairing afterwards with friends to a cosy pub on the Strand, we discussed what we had just heard over wine and beer (we also discussed the vessel from which my friend Adrian drank – was it a “tankard” or a “glass with a handle”? Such is the way when lively, inquisitive minds meet….!). While I enthused about the intensity and drama of the performance, my companions were rather more guarded, and this provoked a vigorous, but always friendly and considerate discussion. This was not some dry bar-by-bar analysis of the work and its performance, but thoughtful, heartfelt and immediate reactions by people who really care about music and concerts. It proved how meaningful, subjective and, above all, personal our experiences of music are.

It was a real treat to hear such an absorbing gig, then ‘share’ it there and then, as if the evening re-booted into 2 great nights in 1 – Adrian (@adrian_specs)

Never before has a performance led to a spirited, respectful and absorbing conversation. Something that deepened my understanding about a work and a performer – Jon (@thoroughlygood)

As a writer and reviewer, I find such conversations can crystallise or adjust one’s thoughts about a concert, the works performed and the performers, offering valuable reflection or reappraisal ahead of a review or article being written. It’s also a healthy reminder that we do not all like or appreciate the same things – and thank goodness for that, for these differences make the concert-going experience far more rewarding and interesting.

Adrian’s review of the concert at Temple Church will be published on this site shortly.

Middle Temple Hall is an exciting, unconventional space for a song recital. Somehow austere and ornate all at once, it generates a self-contained, imposing atmosphere before a note is even played.

Its layout also gives many of the audience members a slightly different relationship to the performers. I think of most venues – especially other prominent chamber venues in London like Wigmore Hall or Milton Court – as having a ‘portrait’ shape: rows of seats roughly matching the width of the stage, stretching back a certain distance. Middle Temple Hall, when set up for concerts, is ‘landscape’. The artists take their positions at the centre of one of the long walls, and the listeners spread out to the sides. As a result, more of the audience than you might expect are close to the action – and closer to the sound.

This intimacy really does change everything. My companion and I managed to sit only a couple of rows back on the left side – as piano obsessives, we were delighted at the perfect keyboard sightline and the privileged view it gave us of Julius Drake’s performance. And for these emotional, highly-charged song choices, it was at times overwhelming to be only a few feet away from the singers, to feel their voices at a near-physical level.

And what voices. During the opening selection of Schubert songs, Julia Kleiter’s rich, versatile soprano ranged from a searching tenderness in ‘An den Mond’, to an arresting desperation at the climax of ‘Gretchen am Spinnrade’. Christoph Prégardien must be one of the finest lieder singers of our age, able to convey warmth and clarity even when hitting the ground running in the very first song of the evening, ‘Wilkommen und Abschied’.

Julius Drake curates recitals regularly for the ‘Temple Song’ series, and this programme was expertly put together to bring out the best in all three musicians. I was surprised at first that the evening began with a Schubert ‘hits’ set of sorts, but it soon made perfect sense. Allowing the singers to take turns at appropriate points and pace themselves, the selection in fact highlighted JD’s virtuosity. I’ve described him in the past as one of the most purely exciting accompanists to catch live – and so it proved again, as we heard ‘Wilkommen…’, ‘Gretchen…’, ‘Versunken’ and ‘Der Musensohn’ carried off with such facility and flair, while never upsetting the balance between piano and voices.

The evening then built in intensity. The Schubert half of the programme was all Goethe settings, the final seven lieder a dramatic sequence combining the ‘Mignon’ and ‘Harper’ songs drawn from the novel Wilhelm Meisters Lehrjarhe. After the stand-alone choices, these mournful, moving laments had a devastating, cumulative effect until finally we heard, for the first time in the evening, the two voices together in one of only two song duets Schubert composed. A masterful change of mood, allowing us some welcome time to reflect during the interval.

Part 2 brought another change of approach. First, CP took centre stage to perform four settings of Heine by Schumann which were essentially rejected ‘out-takes’ from ‘Dichterliebe’. Then both signers sang Schumann duets. This pattern was repeated for Mendelssohn – however, JK took the solo section (again, based on Heine texts) before we heard more duets. While these songs had their fair share of heartbreak, this part of the concert was less concerned with lingering, brooding angst – instead giving us the joy of contrast between Schumann’s near-hyperactivity and Mendelssohn’s more stately reserve. CP and JK – who happen to be uncle and niece – looked and sounded especially comfortable when performing the duets, treating us to suitably special interpretations of lieder that one doesn’t get to hear as often as one would like. Their encore, a glorious version of Schubert’s other duet, the sublime ‘Licht und Liebe’, brought the evening full circle in the loveliest way imaginable.

Temple Song
Adrian Ainsworth writes for a living, but mostly about things like finance, tax and benefits. For light relief, then, he covers his obsessions – overwhelmingly music, but with sprinklings of photography and art – on the ‘Specs’ blog, which you can find at http://www.adrianspecs.blogspot.co.uk

Adrian is a regular guest writer for The Cross-Eyed Pianist

“I always say that it was an accident that I ended up being a professional musician, though the only reason I am is that I would feel incomplete without music being a part of my life and that has always driven me.”
“Our collective passion for performance is powerfully released on stage” – interview with Amy Bebbington, conductor & choral specialist
She Is The River
Celebrate Christmas with the Royal Choral Society in their spiritual home, the Royal Albert Hall
Slow cooked pork belly with honey & soy glaze, purple sprouting broccoli and parsnip ribbon tempura #homecooked #cheffy #delicious #fridaynightdinner
Christmas Past, Present & Future: The Sounds of Christmas in our Historic Churches with Zeb Soanes