As friends and followers of this blog probably know by now, I moved to Dorset at the end of May after 40 years living near or in London. We spent six weeks in temporary accommodation with my mother-in-law and our cat Monty, with just some basic furniture and effects to enable us to function and continue to work day to day (my husband runs his own business, working from home). Meanwhile, the bulk of our furniture and belongings went into storage. Three days after we moved into our new home on the island of Portland, near Weymouth, a large Pickfords van arrived to deliver our effects and left us a few hours later surrounded by packing boxes. The efficiency of Pickfords’ packing service ensured that every box was clearly marked, though some were rather ambiguous, such as “shoes and books” – which turned out to contain all the files associated with my London piano teaching practice. As I gradually unpacked, drawing our possessions out of their wrapping paper, a certain item – a book or a vase – would elicit a response or a Proustian rush of memory. Finding photos of my son as a baby and little boy were particularly poignant and special (he is now 20, living in his own flat and working as a chef at one of London’s top hotels).

It also occurred to me, as I worked my way through the boxes, that being reunited with these items, accumulated over a marriage of nearly 30 years and remembering how and why they came into our home and our joint lives, was like reacquainting myself with piano repertoire I had learnt previously. Just as I recalled why that mid-century white vase was special, so I also recalled what I liked about the repertoire and why I selected it in the first place. Some pieces go back a long way in my piano life – to when I was a teenager (Schubert’s D899 Impromptus, Mozart’s Fantasies), or when I was starting to play the piano seriously again as an adult (Bach’s Preludes and Fugues, Chopin’s Nocturnes). Others have more recent heritage – the music I learnt for my performance Diplomas or pieces played in concerts, which will always remain special because of their association with positive and enjoyable performances.

Returning to previously-learnt repertoire can be extremely satisfying – like reacquainting oneself with an old friend, while also making a new friendship. Some pieces reveal their subtleties and qualities more slowly than others and benefit from a cycle of work, rest, work, rest. A prime example for me is Mozart’s Rondo in A minor, K511, a profoundly emotional and complex work which I revisited four times and will work on again this autumn, such is the work’s appeal and breadth. Picking up a piece again after a long absence often offers new insights into that work, revealing details one may not have spotted the first time round, while time away from the music – perhaps spent listening or reading about it – helps one crystallise thoughts and form new ideas to put into practice. It can be surprisingly easy to bring previously-learnt work back into one’s fingers, and this ease is a good sign – that one learnt the work deeply in the first place.

At the time of writing, my grand piano is still in storage with a friend in London. In the meantime, I have been enjoying listening to music I’ve previously learnt while also considering new repertoire for performance later this year.

Oh, and I’ve also been enjoying the fantastic scenery on Portland….. 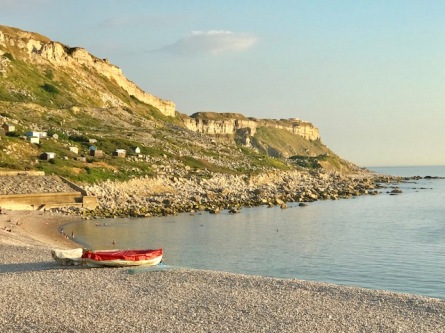 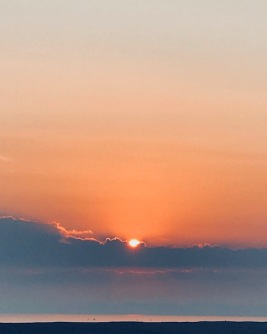 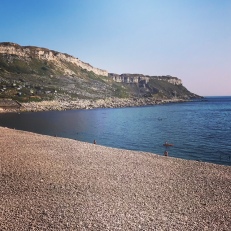