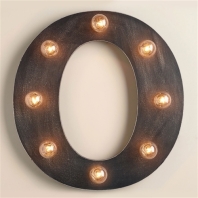 No one ever became original by trying to be original. Besides, originality is highly overrated. It’s an ephemeral thing which only really exists as a by-product. If you try too hard to grasp it you may only be left, at best, with a passing style, at worst, with trite novelty.

Whilst “people watching” at a wedding recently I patronisingly noticed that each of the guests (myself included) could easily be slotted into a category of wedding guest that I’d seen at about every wedding I’d ever attended. Yet, as often happens, once I got chatting to people and sharing stories I realised how facile my shallow categories were. Each “type” of person had a story that was unique in the telling and my quick reference label told me very little about who they really were.

Which musician doesn’t start out copying? In composing we begin by aping a style we love (I wrote two pages of a bad pseudo “Brahms” Piano concerto when I was 12) In Jazz we learn a favourite solo from a player we want to emulate. As performers we either absorb or reject the sound and style of those we hear.

This is a natural and healthy way to develop as an artist, but surely imitation doesn’t bode well for originality? This is where an artist can take a wrong turn.

If you learn a language the next step isn’t to subvert or manipulate that language, but simply learn to tell your story with it: your unique story that only you can tell. Yes, it may be true that in the process you may have to develop that language, or even extend it, but that will only be because the story requires it in the telling.

Today we create and recreate our music in a world where almost any style or interpretation can be accessed at the click of the ubiquitous mouse. Maybe the originality of a Haydn or a Bach was easier to nurture when the field of play was so much narrower. Such composers had relatively very little to influence them, but far from creating parochial music of its time, they wrote universal music for all time. 300 years later we keep listening, not because they were different but because they were themselves.

We hear Charlie Parker or Jascha Heifetz and of course we hear originality, but I suspect neither of them was seeking that. Rather they were finding their voice and in the process the language had to be developed a little further. As Thelonious Monk (allegedly) said “A genius is the one most like himself”.

If we ever meet at a wedding and get chatting, don’t try to impress me with something new or novel, tell me your story; it’s the most original thing you possess.

Simon Hester was born in Sheffield and studied at the Royal Academy of Music with Geoffrey Pratley and Jean Harvey winning many prizes for his performances both as a soloist and accompanist.

His career has covered a wide range of musical worlds, and his versatility is much admired in both classical and jazz repertoire. He gives recitals throughout Great Britain and has appeared at the Bath, Edinburgh and Exeter festivals and has toured throughout the UK and abroad with the highly successful show “All You Ever Wanted to Know about Opera”

Simon performs frequently with the violinist Carmine Lauri, and has also worked with the distinguished violinist Maurice Hasson having appeared with him in recitals throughout Europe.

ON ACQUIRING A PIANO. A question might be: “how long do you want a piano to last?” That suggests a new piano is a better choice than an old piano. But of course there is no definition of “a better choice.” A newer piano with its more recent manufacturing techniques will likely last longer than the gorgeous sounding antique with the hand-carved legs. But we buy pianos for their sound so that’s the important part of the equation.

About brand names: I’ve heard about pianos made, for example, by Blüthner and how special they are. I think Brahms and Schumann preferred them as the piano of choice. But every piano is an individual. So auditioning instruments raises a fundamental essential question which is how do you decide? One answer is you don’t decide. Or “you don’t pick the piano. The piano picks you.” Brand name is of secondary importance if it’s important at all. And of course Blüthner makes wonderful instruments.

Playing and assessing pianos are two different activities with some commonalty between them. Meaning knowledge in the one area doesn’t necessarily convert to the other. Therefore patience is a virtue when selecting a piano and choosing an instrument is a learning experience. The longer we learn the more we know.

A month before I acquired the piano I now have, I visited Steinway Hall in London because, well, “How could I not go there?” So I went and played six wonderful instruments, each one mind bending in tone and action. My metric on that visit was: Could I play without getting distracted by tone or touch that wasn’t to my taste? A few seconds with each piano was enough to believe any of them was the best of the lot.

These were the instruments–6 great pianos that I could play one after another–that led me to know “what’s what” – the qualities I wanted in a piano. Because after playing 6 excellent pianos I saw patterns and I could describe them. Previously I could “feel” the patterns–I “knew” what I wanted  but couldn’t put them into words.

My ideal piano has

Acquiring a piano, whether new or used is a learning experience. The more time we take in the selection the more we learn about the pianos from which we’re choosing.

Mark Polishook Known as a diversely talented artist with boundary-crossing projects, Mark Polishook is a pianist, a jazz improviser, a composer, and a music technologist. He teaches in those areas to individuals and groups in his Leicester studio and to students around the world through Skype. In addition to individual and group teaching, Mark’ also available for master classes and artists’ residencies and for consulting on music and art-related projects and initiatives.

A colleague of mine suggested that, as a concert reviewer, I should write an entry on Opinions….

Opinions are curious things. Personal and often highly subjective, commenting on a musical performance may simply be one person’s taste 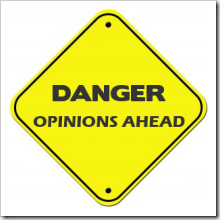 versus another’s. There was a time, not so long ago, when a critic’s or opinion-former’s comments could make or break a career, but in our social media-dominated age, now everyone can be a critic and offer their opinion on a concert. I really enjoy reading people’s tweets and Facebook posts immediately after a concert – there’s a wonderful immediacy as people share their reactions to what they’ve heard, and these opinions often feel natural and very spontaneous. Such people may not be “experts” or “professional journalists” but their opinions matter (in my humble opinion!) and they have as much right to express them as anyone else. When I write a review I do so with the conviction that my opinion is just one of many.

In the world of piano playing, people have opinions on everything – whether or not Bach played on the piano, whether Bach played on the piano should be pedalled, the correct use of tempo rubato in Chopin, which is the best Urtext score to use, what is the greatest make of piano – and opinions change with the times, drawing on performance practice, new scholarship, “traditional” ways of doing things and the wisdom (or otherwise) of teachers and mentors. We can form our own opinions about the music we are playing by listening to recordings, listening around the music (other works by the same composer, works by composers from the same period), going to concerts, reading about the music, talking to other pianists and musicians, and studying performance practice.  Learning to take on board or take with a pinch of salt a teacher’s opinion is an important part of our pianistic development: never be afraid to challenge a teacher’s view if you do not agree with it or do not understand it. Always bear in mind that there is often no absolutely “right way” of doing something: listen to the opinions of others and make your own judgement. If you play with conviction, your opinions about your music will come to the fore.

Frances Wilson (AKA The Cross-Eyed Pianist)