Later this year, Divine Art will release a sumptuous collection of works for solo piano/chamber duos performed by pianist Elspeth Wyllie, with other fine soloists. ‘English Romantics’ will include works by Elgar, Bowen, Leighton, Ireland, Rubbra and Sackman.
Elspeth Wyllie performs throughout the UK as a soloist, chamber musician and accompanist. She appears most regularly with three trios – the Métier Ensemble (flute, cello, piano), the Hepplewhite Piano Trio (violin, cello, piano), and the Amalie Trio (mezzo, viola, piano). In the studio, she has played for recording sessions at Abbey Road, AIR and Dean Street Studios, and for Novello publications. Wyllie attended St Mary’s Music School, Edinburgh, read music at the University of Oxford (studying piano with Raymond Fischer), and trained professionally at the Royal Academy of Music, London (with teachers Andrew West and Colin Stone). She has enjoyed lessons and masterclasses with many wonderful musicians, including Malcolm Martineau, Julius Drake, Susan Tomes and Tasmin Little. She was supported during her studies by the Oldhurst Charitable Trust and has won various prizes, including the RAM Club Prize, the Vivien Langrish Prize, Evelyn German Prize and J E Reckitt Award. Alongside performing, Wyllie works with amateur and professional choirs, and as a teacher, coach and accompanist. 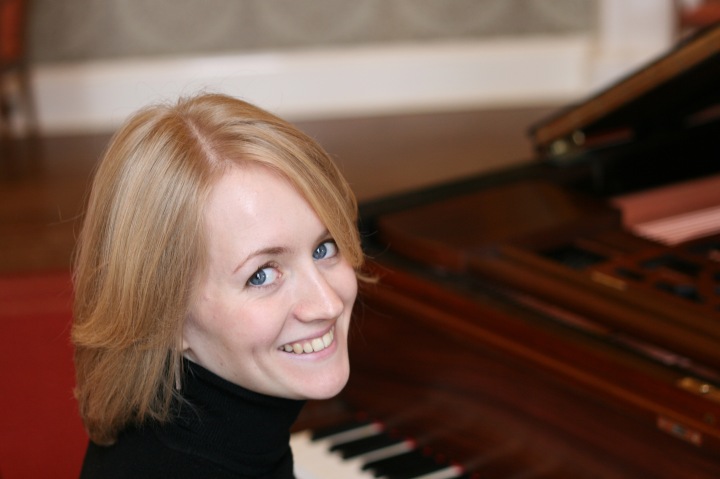 ‘English Romantics’ will be released in CD and digital formats on the Divine Art label (catalog no. DDA 25145).