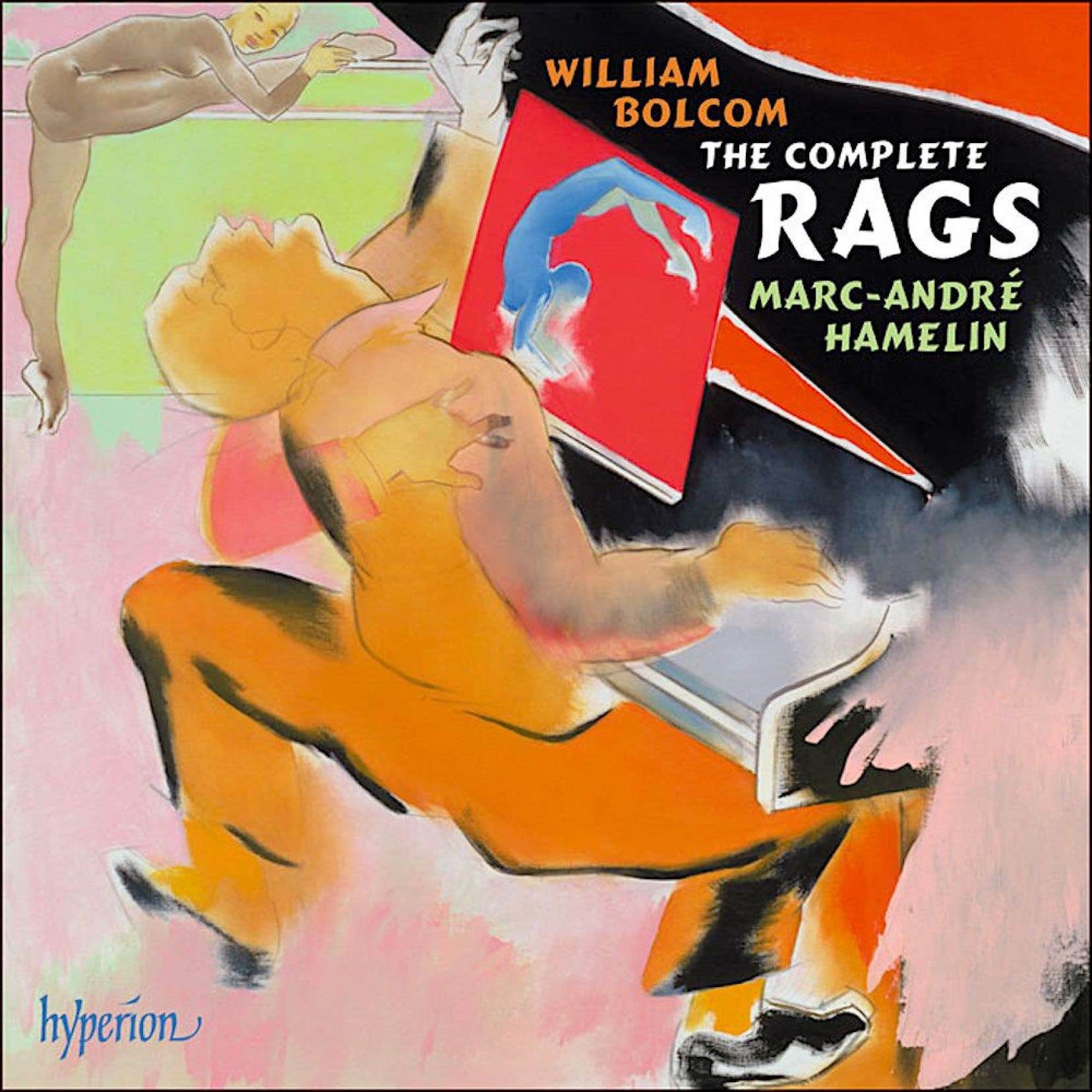 After his sparkling C P E Bach disc, released on the Hyperion label in January 2022, Marc-André Hamelin, that fearless master of the piano who seems to be able to playing anything (and I mean anything!) moves seamlessly from the precision and clarity of early classical keyboard music to an album of piano rags, written over the last 50 or so years, by American composer William Bolcom (b. 1938).

In the generous liners notes, the composer himself introduces the repertoire, explaining how his discovery of the music of Scott Joplin, which had fallen into obscurity after the composer’s death,  led him to explore the genre himself in the late 1960s, at a time when Joplin’s opera Treemonisha resurfaced and his music, and ragtime in general, was being revived, and a new generation of American composers were writing new “tradition-style” rags. This music has an enduring appeal to audiences, and for Bolcom and others, reviving ragtime was a way of “picking up a dropped thread of our emerging American tradition”; paying homage to and continuing the genre.

The elements of traditional, Joplin ragtime are evident in Bolcom’s rags – the distinctive musical DNA of syncopation and swing, which Hamelin perfectly captures – but Bolcom allows himself to stray into more unusual territories, for example in Rag-Tango which alternates between the gritty sensuality of Argentine tango, piquant “crunchy” harmonies, and traditional rag elements.

In fact, such is Bolcom’s skill with the genre, and Hamelin’s pitch perfect execution, that it’s easy to forget one is listening to ragtime at all. The third of the ‘Ghost’ rags, Dream Shadows, has a lazy, hazy late-night jazz club vibe, to which Hamelin brings his remarkably sensitive sense of timing and atmospheric rubato. Meanwhile, other rags are more traditional in their toe-tapping rhythms and hip-swinging syncopation. Some are exuberant, almost Lisztian in their scope – and here that sparkling clarity and nonchalant technical assuredness that is so characteristic of Hamelin’s playing in more traditional or mainstream repertoire is once again on fine display – while others are easy-going, evoking humid evenings in the American South (with brisket cooking low ‘n’ slow on the coals, perhaps?). The rag fantasia Serpent’s Kiss opens with rumbling, pulsing notes redolent of Schubert’s Erlkönig before slipping into something more akin to silent film music, interspersed with contrasting interludes suggesting shifting narratives and characters (there’s even a Fred Astaire style tap-dancing routine!).  Some of the rags are very personal (Lost Lady and Graceful Ghost, for example), others celebrate friendships, musical collaborators, and other composers, such as Louis Chauvin and Ernesto Nazareth (Joplin’s great Brazilian contemporary); some are wistful, others are punchy, in-yer-face, rags, but all are distinctive, appealing in their references back to Joplin’s model, but with multiple moods and harmonies, and brilliantly presented by Hamelin, who seems to really relish this repertoire (and if you didn’t know it, listening to him you’d never guess he’s a classical pianist – there’s a natural jazz insouciance to Hamelin’s playing throughout the disc). There’s wit and humour aplenty, tempered, when needed, by tenderness and poignancy, whimsy, much charm and ingenious invention.

If you don’t know the music of William Bolcom, this disc should absolutely be your starting point.  It’s a wonderful, revelatory, and, above all, really enjoyable listen from start to finish.

William Bolcom: The Complete Rags is available on the Hyperion label. With detailed liner notes by the composer.

This review first appeared on ArtMuseLondon.com