Conductor and festival director Tom Hammond thinks we should all bother with music. In this guest post, he explains why and previews this year’s Hertfordshire Festival of Music.

I’m writing this less than two weeks before the opening of the 2019 Hertfordshire Festival of Music (HFoM), with the sweaty brow of the accidental concert promoter desperately hoping to see more tickets flying off the shelves.

We’ve programmed some fabulous music and musicians in this our fourth year: Fauré, Haydn, Schumann, Ravel, Mozart….with Steven Isserlis, Orchestra of the Swan, Anthony Marwood, Clare Hammond, the Carducci Quartet, to name only a few. 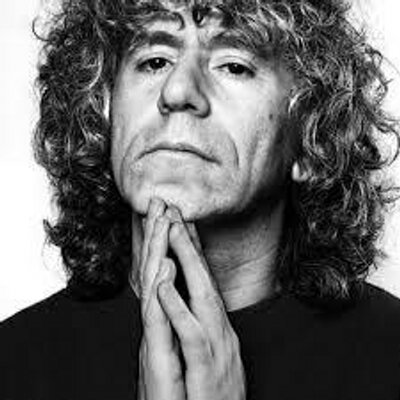 It’s not just classical music traditionally presented (although there’s some of that, and no apologies for it!) with two performances from the effervescent ZRI mashing Brahms with klezmer and gypsy styles plus their need live-to-film performance Adventures with Charlie Chaplin, an amazing jazz trio in a magical venue, and even a guided visit to Haydn’s summer holiday home when he was here in 1791. Plus three Featured Living Composers (Peter Fribbins, Alan Mills, James Francis Brown) and three major outreach projects involving more than 200 young people. Basically shed-loads of stuff, and really good stuff!

Since the Festival began – the initial germ of the idea coming to me back in 2015 – we’ve welcomed around 2,500 people to concerts in Hertford and Hertfordshire, given education and performance opportunities to around 500 younger people (schoolchildren as well as conservatoire level students) and raised something like £150,000 in external funds and Box Office revenue. Raising that sort of money for music is incredibly hard work as anyone who’s ever tried will know, taking hours of your life that could be spent doing vastly more enjoyable things….

The money that we’ve raised has gone directly into the music economy via paying our artists – about £75,000 on musician’s fees alone, and we pay at a decent rate –  plus all the other elements of the musical food chain, including commissions, hire of copyright materials, piano tuners, keyboard hire, sound and lighting equipment, etc., etc. Where that money certainly isn’t going is into my back pocket, nor that of my co-Artistic Director. We’ve also got a very hard-working board of trustees, because we’re now properly formalised as a charity, plus our FOH team who also do it for the love of music.

And why on earth would anyone do this?!

I have asked myself that question many times, not least as so many areas of running a Festival are things for which I’ve had absolutely no training, experience or aptitude and I’m already pretty busy with my main work as a conductor and producer. But, when I read my social media newsfeeds, or see classical music mentioned in the national media, it’s too often report after report about cuts in music education and how music is being marginalised. Or how to make it ‘relevant’. Or how it’s seen as for only posh people…. You don’t need me to go on because it’s jaw-clenchingly boring to do so, and moaning is too easy and the time could be better spent doing something about it.

What I and my colleagues at HFoM are trying to do, albeit in a nascent way which needs constant refinement, is simply put amazing music on in appropriate spaces that heighten the audience experience, plus open out opportunities for young people, and try to buck the above trend. As a colleague of mine once said to me, we are attempting to act as incubators of this amazing art form and when the day finally comes and politicians actually read the gazillions of studies that show how music helps people in so many ways and fund it again, someone can buy us all a pint.

Until then, if anyone fancies coming along and helping us continue beyond this year we have plenty of tickets left to sell. With only two exceptions, you can walk to all our performances in less than twenty minutes from train stations, all of which are well-served in and out of London. It will be light well into the evening, hopefully sunny and warm too. Tickets are not expensive, indeed some events are totally free, many offer £5 seats for anyone in full-time education, and they are in nice places with good pubs, restaurants and countryside nearby.

Hertfordshire Festival of Music runs from Thursday 13 to Sunday 23 June 2019. This year’s principal artist is cellist Steven Isserlis who will be giving masterclasses and performances during the festival. Full programme of events

Tom Hammond is co-Artistic Director of Hertfordshire Festival of Music, and a conductor and record producer.