As friends and some readers/followers of this blog already know, I am leaving London towards the end of this month for a new life in Dorset, in the west of England. I say “new life” though in fact the county is familiar – my husband hails from Dorset (Poole) and we were married in Stourton Caundle, a tiny village near the attractive minster town of Sherborne. So I have had an association with Dorset, and visit regularly, for 30 years.

When I first mentioned I was planning this move, certain friends exclaimed “but how will you manage without the Wigmore Hall and all the concerts/music?“. It’s true that leaving London and its vibrant musical and cultural life will be hard – I have lived in or near London for 40 years and for much of that time, concert-going in the capital has been an important part of my life. But I will not lack music in the West Country: as another friend who relocated to Spain a few years’ ago said to me before she left, “I have lots of CDs to listen to and there’s Radio Three“. Many Wigmore Hall concerts are broadcast on Radio Three, as are concerts from other concerts halls around the UK and beyond, so even if I am not there in person, I can at least be there in spirit! In addition there’s also Spotify, Medici TV and much more. There is also plenty of live music making outside the Metropolis: I have already had friendly exchanges with Plush Festival (Andras Schiff is the headline artist at this year’s festival) and I look forward to reviewing some concerts there later this summer; and many leading artists play at regional festivals and concert societies before presenting their programmes at a London concert hall. It may take a little more effort to get to places, but my husband has promised to buy me a Smart car.

In addition, I am looking forward to forging new connections with musical people in the west country, many of whom I have already “met” online via social media.

The blog of course is not going anywhere – it is both local and global, and will continue in the same vein for as long as I have the interest and motivation to write it. So far, it has brought me many interesting and stimulating encounters with musicians, both professional and amateur, journalists, critics, writers and other bloggers on music and culture, a number of whom have become close friends of mine. This sense of “community” is very important to me, as are the meaningful interactions I have both via the blog and social media in general. It is for this reason that I have, unlike some other bloggers, kept commenting open on the site to encourage conversation and discussion.

In fact, my relocation will, I hope, offer more time to write as I will be giving up piano teaching (at least for the time being). A book has been on my mind for some years, and a number of other writing projects. I am also looking forward to having more time to play the piano – and to reflect on playing the piano (which no doubt will prompt further blog posts!).

Thank you to everyone who reads, follows and shares this blog. I look forward to sharing many more thoughts on music and piano playing with you. 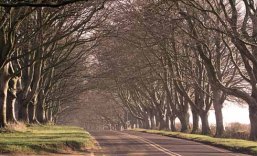