St Martin’s in the Fields, an elegant neoclassical church in the heart of London, resonated to the colourful, earthy sounds and rhythms of Eastern Europe in Florian Mitrea’s lunchtime concert. In an interesting and contrasting programme he offered a “taster” of his debut disc ‘Following the River’ with works by Bela Bartok, Paul Constantinescu and Franz Liszt

Fresh from winning fourth prize in the inaugural International Music Competition in Harbin, China, Florian betrayed no sign of lingering jet lag (he flew back to London from China on Sunday) in an energetic and committed performance book-ended by dances by Bartok and Liszt. The vibrant sounds and asymmetrical rhythms of Bartok’s Six Dances in Bulgarian Rhythm were despatched with muscular verve and nimble articulation. Hearing Liszt’s Mephisto Waltz in the same programme as the Bulgarian Dances reminded us of Liszt’s eastern European heritage, and here this work was less a devilishly tricky crowd-pleasing virtuosic romp and more a fitting companion piece to Bartok’s dances which opened the concert. Equally, Liszt’s Hungarian Rhapsody No 5 was given a noble grandeur, imbued with a sweeping romanticism but also deeply connected to the composer’s heritage.

The middle of the programme was occupied by two works by Romanian composer Paul Constantinescu (1909-63). Cântec, a set of variations on a Romanian folksong, was infused with a bittersweet nostalgia, while Dobrogean dance: Toccata recalled the off-beat folk rhythms of Bartok in a work which combined glittering virtuosity with poignant lyricism. Both works were beautifully paced, sensitively shaped, and highly evocative. 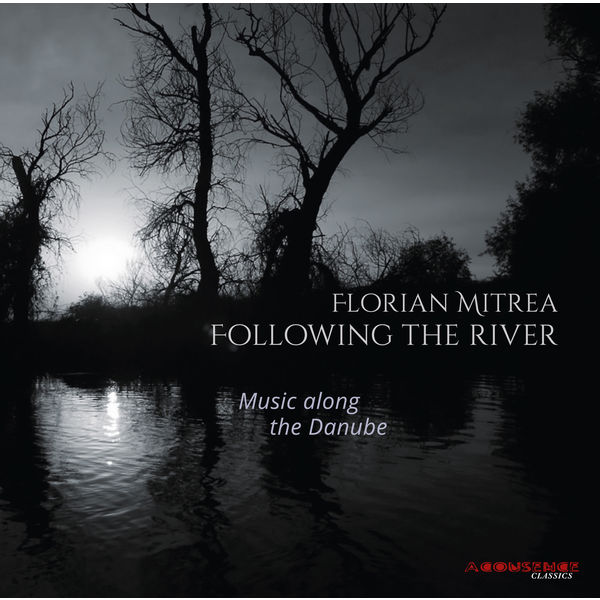 These two works appear on Florian’s debut disc, Following the River, inspired by childhood memories of “hot summer nights spent on a boat in the middle of a channel, deep in the heart of the Danube Delta” (FM). The Danube, the longest river within today’s European union, flows through 10 countries and four capital cities – Vienna, Bratislava, Budapest and Belgrade – and carries with it stories, folklore, memories and more. In Following the River we find quite a different version of the river from “An der schönen blauen Donau”, by the Austrian Johann Strauss II, which celebrates the great river in Vienna; this is a far more personal evocation. The selection of pieces by Bartok, Schubert and Liszt and Romanian composers Sigismund Toduta, Paul Constantinescu and Radu Paladi all call on the folk heritage and music of eastern Europe in works of rich textures, dynamic rhythms, piquant harmonies and simple yet haunting melodies. Schubert’s Hungarian Melody is given a more earthy treatment, with a strong focus on its offbeat rhythms which turns in from a salon piece into a true folk melody. The disc introduces listeners to the varied and intriguing piano music of lesser-known composers Toduta, Constantinescu and Paladi, complemented by well-known works by Liszt. This is a very personal and meaningful selection of music, elegantly presented and masterfully played, with a deep appreciation of and affinity with the folk heritage which lies at the heart of all this music.

Following the river: Music along the Danube