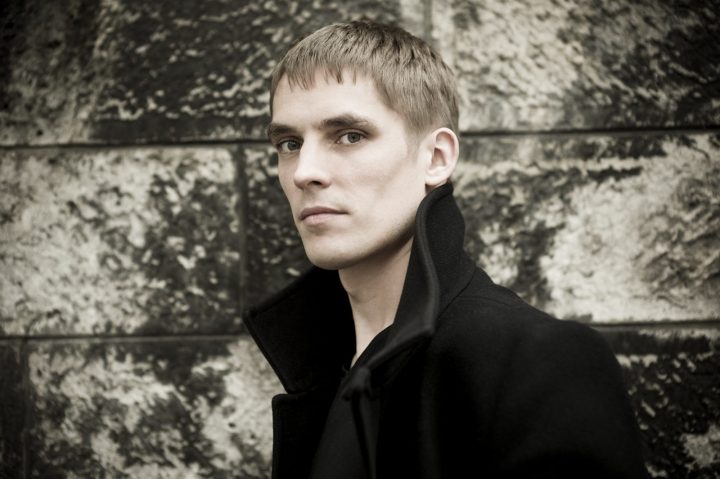 Who or what inspired you to take up the piano and pursue a career in music?

I saw a grand piano at the house of a friend of my parents. She was a piano teacher, she explained me the mechanism of the instrument, she played a bit… I fell in love. I was 2 and a half years old! I think I saw it as a huge toy, a gigantic noisy toy. Noisy but beautiful. So I immediately asked my parents if I could play the piano, but this teacher said “not before 5” so I had to wait. It was (apparently!) tough.

My first piano teacher, Michèle Perrier, with whom I started the piano. I think she gave me a fundamental quality, curiosity, as well as an aspect that is more important every day of my life: discipline. Two qualities you absolutely need to keep “walking”!

Then of course you meet lots of different people who give you advice, who can impress you. If I had to give one other name it would be my teacher in the Paris Conservatoire, Gérard Frémy, who himself studied with Heinrich Neuhaus in Moscow. His words resonate every single day in my head.

I could give you names of very difficult works I had to learn in a very short time like a Rachmaninoff third concerto at the same time as Bartok second concerto… but actually the main challenge today is to organize my personal work, when to work on what piece, how far in advance, to be sure I am ready for each concert. I play so much repertoire that I always work on several programmes at the same time, and this brings much more stress than actually performing.

Proud?…. Never really proud of a performance. Very happy, it happens. It’s more a question of repertoire. I will always remember some works, at some nights in some concert halls… Liszt sonata in Wigmore Hall in London last July, my first Sonatas and Interludes by John Cage in a friend’s Gallery, again in London… or the Ravel concerto at Carnegie Hall… it’s impossible to make a hierarchy.

For the recordings…. Impossible to say. Maybe the series of three Bartok as I was (and still am) deeply in love with his music. I think the result is a good “picture” of who I am now as a musician.

The pieces I love the most! Works in which I really feel there is a story to tell. Actually, I don’t think there are works I play which I don’t love….

It’s following a mysterious logic, one programme makes me think of another. Playing the Berg sonata made me think of the Liszt sonata because of its key (B minor) and its contrast of length…. It can be suggestions from my recording company (Bartok). Or very simply musical “crushes”, works I forgot…. It always takes a long time to build a recital programme as each work in it must have its reason to be there, and must have a link with the other pieces. The way you organize a recital programme makes it alive (or not). For me, it’s a long (and sometimes painful ) process to find the perfect match or balance.

There are many. But Wigmore Hall will always be “my” musical home. It has a special energy, a special acoustic, a special history. I must have performed more than 40 concerts there so “my” history there makes it even more special.

Impossible to say. I’m usually very happy to be on stage and it’s very often a powerful experience. I could name too many. There are special legend places where you think “wow…. I’m playing there”. Carnegie Hall in NY, Musikverein in Vienna, Royal Albert Hall for the Proms in London, Severance Hall in Cleveland or Chicago Symphony Hall… or the Paris Philharmonie

The possibility to play what you want. It’s when there is only happiness to perform. It’s a well-balanced life, without the necessity to play “more” concerts. It’s when you can say “no”. It’s when you work the people you want and love (especially Alina Ibragimova!)

Discipline, curiosity and communication. It should drive people’s personality inside and outside music. Curiosity keeps you alive. The desire to keep discovering, maybe change your ways to see new/different things. Meeting new people….

In my house with my family.

Cédric Tiberghien’s flourishing international career sees him performing across five continents in some of the world’s most prestigious halls, including Carnegie Hall in New York, the Kennedy Center in Washington, the Royal Albert Hall, Queen Elizabeth Hall, Wigmore Hall and Barbican in London, the Salle Pleyel and the Théâtre des Champs-Élysées in Paris, Berlin’s Bechstein Hall, Salzburg’s Mozarteum, the Sydney Opera and Tokyo’s Bunka Kaikan and Asahi Halls.

Over the years, Cédric Tiberghien has established a strong reputation with a recital repertoire focusing on the music of Mozart, Beethoven, Schubert, Chopin, Schumann, Brahms, Debussy, Ravel, Szymanowski, Bartók and Berg.

Cédric Tiberghien studied at the Paris Conservatoire with Frédéric Aguessy and Gérard Frémy and was awarded the Premier Prix in 1992, aged just seventeen. He was then a prize winner at several major international piano competitions (Bremen, Dublin, Tel Aviv, Geneva, Milan), culminating with the First Prize at the prestigious Long-Thibaud Competition in Paris in 1998, alongside five special awards, including the Audience Award and the Orchestra Award. This propelled his international career, leading to over 150 engagements worldwide, including visits to Japan and appearances throughout Europe.

With over sixty concertos in his repertoire, Cédric Tiberghien has appeared with some of the world’s finest orchestras and conductors. He is also a dedicated chamber musician, with regular partners including violinist Alina Ibragimova, soprano Sophie Karthäuser, baritone Stéphane Degout, violist Antoine Tamestit and cellist Pieter Wispelwey. His passion for chamber music is reflected in a number of recordings for Hyperion with Alina Ibragimova, including Ravel, Schubert, Szymanowski and the complete Mozart sonatas. He has also recorded piano concertos by Dubois, solo piano music by Karol Szymanowski, including Masques, Métopes and two sets of Études, and has undertaken a survey of Bartók’s piano music encompassing three albums.