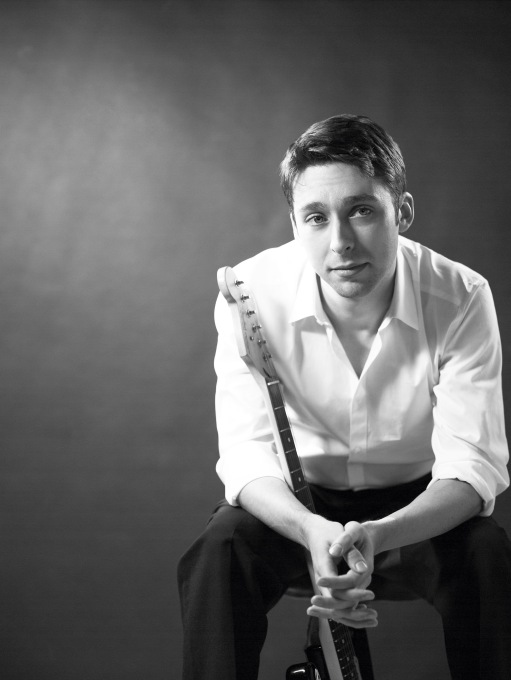 I was obsessed with music as a teenager so I never really considered any other career. At that age I was very dedicated to my instrument and so chose to do a degree in music performance. However, by the end of it I had realised that it is the creative side of music that engages me more than performing.

The first person that comes to mind is Christopher Fox. He was a tutor of mine while I was doing my MMus. He encouraged me to focus on the music that I enjoyed and not worry about musical trends and what other musicians were doing. As my career has developed I have found myself becoming increasingly interested in small ensembles/solo instruments and sparse, understated music and this has been reflected in my compositions. I love delicate piano music so I really enjoy the work of the Impressionists. I also have a soft spot for the music of the film composer Thomas Newman. Shostakovich’s string quartets are particular favourites of mine but I have to be in the right mood to listen to them! The minimal textures he created with pedals have certainly influenced my own work. Of course there are endless composers I like but these are the ones that first come to mind. Lastly, I would say my father; he is a painter. Being someone who has worked in a creative industry, he has been able to give me some invaluable advice over the years.

Although occasionally inspiration strikes and I write a piece without too much effort, the vast majority of the time it takes a great deal of hard work. I would say the greatest challenge I have faced as a composer has been sticking at pieces when my creativity is at a low point. It is very frustrating when, after spending weeks struggling to develop a small musical idea, I decide to scrap 90% of it and take the remaining 10% in a completely different direction. Many times I have found that leaving the piece for a few months can help, but there have been some ideas that have been an uphill struggle all the way. Of course, it is worth it when they are finally finished.

I have done commissions where the brief has been extremely specific and it has taken many re-writes before I was able to even understand what the person who commissioned it wanted. This can be even more challenging when the individual doesn’t know what they want and the only feedback they give involves vague unmusical descriptions and a lot of hand waving. However, I have also had some really enjoyable experiences with commissions where I have been asked to combine several very different genres and have been able to do so successfully. French, flamenco, military jazz, anyone?

There are several musicians I work with who have a very particular sound. It is always a pleasure bringing a piece to them knowing that their input will not only make it sound as good as possible, but will also give me new insight into my own music.

There are a few compositions on my new album of which I am particularly proud. My album celebrates the music of Erik Satie 150 years after his birth. My piece ‘Sea-Bird’ was inspired by Satie’s uncle; an eccentric man who had a profound influence on the composer as a child. Both Satie and his uncle were known to have had bad tempers, swift mood swings and a childlike innocence and I think I captured this very successfully. Although a simple piece, I am also particularly pleased with ‘Knossienne No.1’ as it came out exactly as I hoped it would. I would also say ‘A Walk to Le Chat Noir on a Snowy Day’ as I am pleased with my use of quartal harmony.

As well as the musicians I mentioned in question 2, I would also say Arvo Pärt, Charles Ives, John Tavener, Morton Feldman, Michael Nyman, Saint-Saëns, Prokofiev, Messiaen, Holst … all sorts really. There are also some non-classical artists whose music I enjoy; I love the music of blues musicians such as Stevie Ray Vaughan, Albert King, Tommy Emmanuel and BB King. I’m still discovering new music all the time; I have only just been introduced to the music of Stephen Montague.

That really is impossible to answer as I remember different concerts for different reasons. I have seen orchestras play at The Royal Albert Hall and been blown away by their power and the atmosphere of the venue. Likewise, I remember seeing the Borodin Quartet at the Southbank Centre and being very impressed by the delicacy of their playing and the intimacy of the experience. However, I have also seen many weird and wonderful performances that were memorable for other reasons. One of the most memorable performances I have seen in recent years was a comedy act called ‘Mr. B The Gentleman Rhymer’. Although not ‘high art’, I have to say it was very funny and very memorable!

When you decide to be a professional musician it is because you want to do something you love. However, it is important that aspiring musicians learn early on in their careers that they will probably have to do some performing/composing/teaching that they’d rather not do in order to pay their bills. It is a bitter pill to swallow, but the earlier it’s done the better.

I would like to be in a home that I own. I am a member of Generation Rent and I have to say that I am becoming increasingly concerned with the housing situation in London. It is starting to feel like a pipedream!