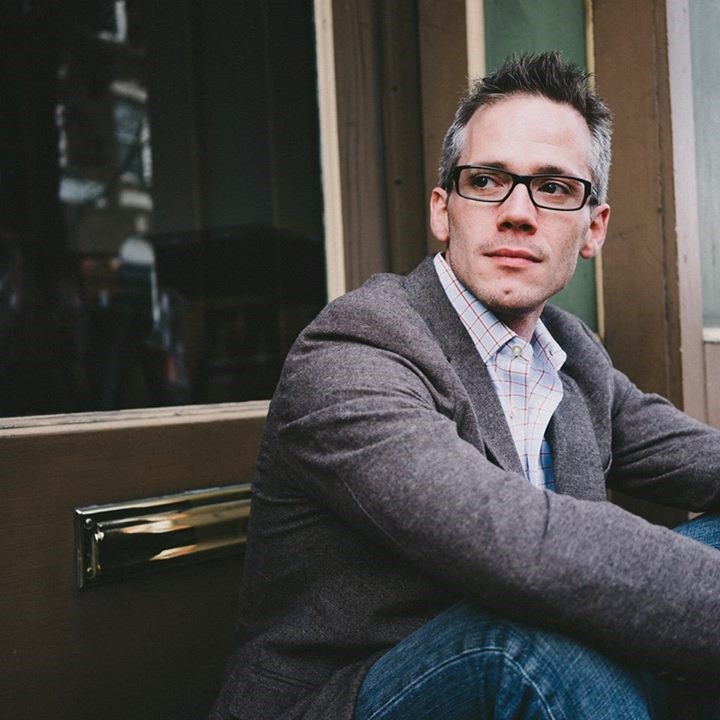 Who or what inspired you to take up the piano and pursue a career in music?

Leonard Bernstein. I grew up with music; my mother was always singing or playing the piano, so it wasn’t until I was maybe 9 or 10 that I had my first revelatory experience with music. At the time Bernstein’s “Young Peoples’ Concerts” were being aired in syndication and it was through those concerts that I started to feel a passion for music.

Taking up the piano was more or less serendipity. We had a piano in the house and I would occasionally improvise little tone poems. Eventually, around age 11, my mother asked if I would want to take piano lessons. I said I did, and that was the start of it.

From the beginning I always saw it as a path to being a conductor. Then about half way through my undergraduate work I considered music history and even received a bachelor’s degree in it. Graduate school set my focus on piano, though not after much deliberation on other career paths.

This really comes down to the things that led to my decision to specialize, I think.

I visited a friend who was attending graduate school at Bowling Green University and had the opportunity to spend the weekend with composers and new music performers my own age (mid-twenties).

Around that time I also became friends with Paavali Jumppanen. In many ways he’s been a mentor throughout the years. He had a lot to do with my gravitating towards by niche, and he was the whole reason I first took up Boulez’s third piano sonata.

Reading John Cage’s “Silence” and engaging with the philosophy of aesthetics changed my understanding and the way I approach music generally.

This is, of course, at the exclusion of several professors, colleagues, and friends that have had no small part in me being who I am and doing what I’m doing. I owe a great deal to a great many people.

As a pianist who’s never played in a competition, I would say just getting noticed (I’m not interested in music-as-sport). The wonders of the internet are making this easier, of course, and I owe my fledgling career to it.

Having started studying piano relatively late I might also say that I went through a period of intense technical insecurity—not that my technique was poor, but I felt that it was to the extent that I spent the better part of two years working mostly on technique.

It’s also no easy thing to be a specialist in 20th and 21st century music. As a performer the music itself is taxing. It’s also difficult to overcome the intensely visceral reactions people can have (the invective that can be deployed is occasionally overwhelming!).

When people aren’t reacting negatively there’s a bit of a challenge to being taken seriously—I can’t tell you how many time I hear some version of “no one call tell if you make mistakes.” I usually confess to whomever is saying it that I played some wrong notes and assure them that people who study this sort of music can tell the difference.

An audience member once told me that my performance of Brahms (op.117) made them cry—that’s pretty hard to top.

I’m proud of my debut album as it marks the culmination of some 6 years of work and research. I’m humbled that I had the privilege of being the first pianist to record Gilbert Amy’s rather obscure piano sonata and that I got to work (via correspondence) with the composer in preparation for the recording.

I would say Webern’s Variations op.27 and Boulez’s Third Piano Sonata. These are both works I play frequently and have recorded, more importantly I feel they’re works I connect with—I understand them—and I think that comes out in my performances of them.

It depends on what works I happen to be obsessed with at the time and whether I can build them around either continuity or contrast. That’s if I’m not playing a work that’s program-length like Feldman’s “For Bunita Marcus.”

At this point it would have to be the Calderwood Hall in the Isabella Stewart Gardner Museum. It makes you hear the piano in a completely different way.

One of my favourite pieces to perform is Stockhausen’s Klavierstück XI—famous for its variable form. Playing it is like discovering it. I’m always fascinated by the differences between the readings I give of it.

Geza Anda, I don’t think I ever truly heard Chopin until I heard his recordings. Anatol Ugorsk’s Scriabin is an absolute revelation and the care he gives to the balance and counterpoint is unmatched. Samson Francois—especially his Ravel—I don’t always agree with his interpretive choices, but I’m always convinced.

Barbara Hannigan, she’s such a compelling performer. I admire her daring (and find myself somewhat frustrated that classical music is so conservative that what she does can be seen as daring). Yuja Wang, not only for being an incredible pianist, but also giving-no-fucks about the onslaught of sexism she faces.

Don’t take shortcuts. Playing the piano is hard, and shortcuts don’t make it any easier.

American pianist James W. Iman has distinguished himself as a specialist in 20th and 21st century repertoire and frequently performs music of the Second Viennese, Darmstadt, and New York schools. His playing has been called “direct,” “incisive,” “thoughtful,” and “compelling.”

In 2015 he joined the artist roster of ZeD Classics and 2017 saw the release of his debut album which includes the World Premier Recording of Gilbert Amy’s Sonate pour Piano alongside Pierre Boulez’s Troisième Sonate, and works by Arnold Schoenberg and Anton Webern.

Mr. Iman has given World and United States Premieres, including the recent United States Premiere of Gilbert Amy’s labyrinthine Sonate pour Piano, collaborating with the composer in preparation for recording the work. In 2015 he commissioned a large-scale solo work from American composer Lowell Fuchs, to be premiered in 2017.

In June of 2015 he participated in the Summer Institute for Contemporary Performance Practice at Boston’s New England Conservatory where he studied with Steve Drury and performed in the Isabella Stewart Gardener Museum.

A graduate of Indiana University of Pennsylvania’s Department of Music, Mr. Iman holds an MA in Piano Performance and a BA in Music History and Piano Performance from the university. While at IUP he studied piano with Judith Radell and James Staples.

Winspit Quarry #Purbeck #Dorset #swcoastalpath
Today’s walk from Worth Matravers to Winspit Quarry #Dorset #walks #swcoastalpath #Purbeck #coast
Great to be back @englishnationalopera for mesmerising and moving #enosatyagraha. A really beautiful production #opera #Ghandi #PhilipGlass #London
Apple & black pudding Tarte Tatin made by @__max__wilson__ #delicious #homemade #restaurantfood
“We are fortunate to be very good friends and knowing each other so well allows us to trust one another musically on stage giving us confidence to take risks in performances.”
October sunset #autumn #shorterdays #sunset #ChesilBeach #JurassicCoast #Dorset