Who or what inspired you to take up the piano?

My grandfather had an upright piano in the front room of his house in Ipswich. This room was kept for Sundays and special occasions. He liked to play Methodist hymns, excerpts from Haydn and Beethoven and old music hall songs. I loved to sit next to him as he played, or leaf through the music in the piano stool, with its special antique smell and friable, crumbly pages.

There was lots of music at home when I was growing up: on the radio, LPs and from my father, who was a fine amateur clarinettist. When I was in bed, I used to listen to him practising Mozart’s Clarinet Concerto to Music Minus One: for a while I believed he had a whole orchestra in the sitting room with him!

I think I was about 5 or 6 when I started piano lessons with Mrs Scott in Sutton Coldfield. My piano was an early 20th-century Challen upright. It had lived in a conservatory for two years before it came to us and it needed quite a lot of restoration, but once overhauled it was a really nice instrument, of which I was very fond.

My parents were keen concert-goers and my love of live classical music developed in childhood. We went to many concerts at Birmingham Old Town Hall where a conductor with wild hair conducted the CBSO (this was Louis Fremaux, pre-Simon Rattle). I loved, and still do, the etiquette of concerts – the excited buzz of anticipation in the foyer beforehand, reading the programme, sinking in to the plush seats. Once a year, as a treat, I would be taken to London to go to the Proms, and we also went to the opera and ballet regularly. I was lucky enough to see/hear some of the “greats”: Ashkenazy, Brendel, Lupu, du Pre, Barenboim, Lill. I grew up thinking classical music was something everyone could enjoy and engage with (and music was readily available in state school in the early 1980s) – it felt entirely normal to me – and it was only when I went to secondary school, where my talent for music (I was tested for perfect pitch in front of my entire class, an excruciatingly embarrassing episode – and I don’t have perfect pitch!) marked me out as “different” in a school where being “a team player” was important. Music and the school music department became a place of escape and I threw myself into the school’s musical activities: I took up the clarinet so that I could play in the school orchestra, and joined the choir, recorder group and wind band.

I took all my ABRSM grade exams while still at school, and really wanted to apply for music college, but a rather throwaway comment by my music teacher that I perhaps “wasn’t good enough” to audition led to me to follow a different path into further education and I studied Medieval literature at university. I stopped playing the piano seriously at 19 and hardly touched the instrument until I was in my late 30s and my mother bought me a digital piano, urging me to start playing again. Not long after I turned 40 I had a brand new Yamaha acoustic piano and had begun teaching local school children and a handful of adults. By the time I was 50, I was preparing to take a Fellowship performance diploma, having passed my Licentiate and Associate diplomas with distinction.

My parents nurtured and encouraged a love of classical music. This was enhanced by my then piano teacher Mrs Murdoch and particularly my music teacher at secondary school, an incredibly energetic and enthusiastic man who organised all sorts of wonderful musical activities in and outside of school, including trips to dress rehearsals at the Royal Opera House (where I saw Tosca, Billy Budd, Peter Grimes, La Bohème and Turandot, amongst others). In c1981, the school choir took part in a performance of Elgar’s Dream of Gerontius with massed school choirs at the Royal Albert Hall, an unforgettable experience, which has stayed with me ever since.

Since I started blogging and writing about music, encounters with other pianists and musicians all feed into my musical life and inform my approach to the piano. My study with a number of master teachers and concert pianists while preparing for professional performance diplomas has had a huge impact on my confidence and skill as a pianist, and the deep learning that is required to prepare for such qualifications enables me to pick up new repertoire without feeling daunted by its challenges.

Convincing people that being a musician and writer is “a proper job”.

Dealing with ongoing imposter syndrome, which I think comes from not having attended music college at 18. I don’t think it’s entirely a bad thing, however, as I believe it keeps one humble.

Which performances are you most proud of?

I played Messiaen’s Regard de la Vierge from the ‘Vingt Regards’ at an event hosted by Murray McLachlan at Steinway Hall in 2011 as part of the preparations for my Associate performance diploma. It was the first time I had played a Steinway D piano and the first time I’d played the Messiaen in public. The feedback from Murray and the response from the audience was wonderful and an incredible boost to my diploma preparations and confidence.

In recent years, I have had the great pleasure of performing at a friend’s house concerts in his beautiful home in the Sussex countryside. A lovely setting, convivial atmosphere, friendly audience and a truly stunning Steinway B piano make these concerts the best I’ve ever experienced, and I was very pleased with my performance of the final movement of Schumann’s Fantasie in C, Op 17 at last winter’s house concert. I have yet to learn the other two movements of the Schumann…..!

I recently read an interview with the pianist Richard Goode, whom I much admire, in which he said he chooses to “perform only the pieces that will be best for you and the audience” and that one should understand one’s own limits. As pianists we have a vast repertoire and one should never feel under pressure to be able to “play everything”. I used to think I was somehow failing if I did not have the requisite number of Bach Preludes & Fugues, Beethoven Sonatas, Chopin Etudes or Debussy Preludes in my fingers; now I just play what interests me and what I believe I can play well.

How do you make your repertoire choices?

I play whatever music interests me, and my tastes change constantly. More and more I am choosing to play 20th-century and contemporary piano music, and the wilder shores of repertoire – I like oddities and lesser-known works. These are often easier to play than the core canon as one is not constantly up against the weight of history and perceived “right ways” to play this repertoire.

Having said all this, Schubert remains my favourite composer; I really should play more of his piano music!

I am currently working on a programme called A Sense of Place – piano music inspired by or evocative of real or imagined places and landscapes. The pieces include movements from Alan Hovhaness’ Visionary Landscapes, John Cage’s In A Landscape, Cyril Scott’s Lotus Land and Britten’s Night Piece.

To play, perhaps Bill Evans’ Peace Piece. I played it at a charity concert a few years ago and the audience loved its meditative atmosphere.

I get sent CDs to review all the time and listen fairly widely as a result, though I always tend towards piano music. If I had to pick a favourite recording, it would be Resonance de l’Originaire by Maria Joao Pires.

It has to be Steven Osborne’s performance of the complete Vingt Regards at the Queen Elizabeth Hall – I have now heard him play this monument of 20th-century piano music twice, and on both occasions the experience has been transcendent, beautiful, moving, and incredibly profound. Talking to Steven in the bar afterwards, he simply said “one just has to go with this music”.

Be true to your musical self and try not to be distracted or downhearted by what others in your profession are doing. Don’t endlessly compare yourself to your peers or to others in the profession – this can lead to feelings of dismotivation, dissatisfaction and worse, depression. Navigate your own course to find your own musical identity and voice.

What is your definition of success?

Seeing people come out of a concert truly touched or moved by the music they’ve hard.

Being able to play Schumann’s Fantasie in C, Op 17 in its entirety! (one day!!) 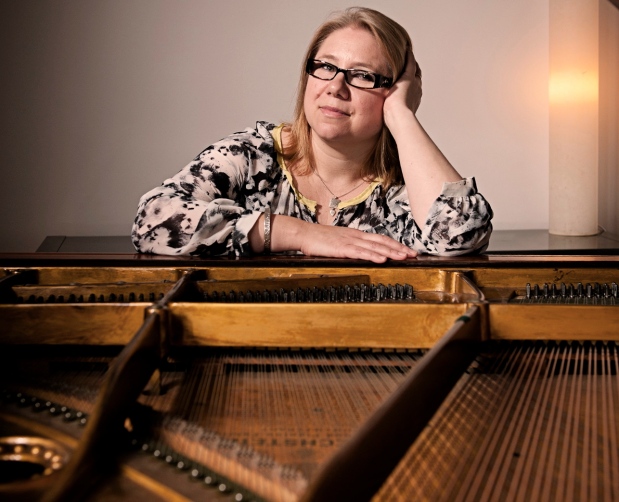 Frances Wilson is a pianist, piano teacher, writer and blogger on classical music and pianism as The Cross-Eyed Pianist, described by concert pianist Peter Donohoe as “an important voice in the piano world”.